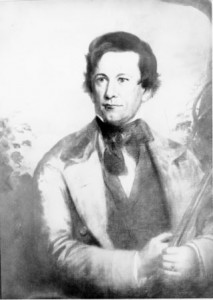 In 1824, Peter Sarpy arrived in Nebraska for the American Fur Company and later, began operating a trading post. This was the last unofficial post office and the only ferry crossing above Westport, Missouri.
In 1846, the post provided free ferry service and accommodations to several thousand Mormons as they journeyed west. Later, the post did the same for gold seekers and overland emigrants. The trading post’s upper room was also the location of the first Masonic lodge in Nebraska Territory, organized in 1855. This trading post operated until May 13, 1857 making Bellevue the oldest continuous settlement in the Nebraska territory.
Peter Sarpy was a member of the committee that founded Bellevue, Sarpy County and the Fontenelle Bank. 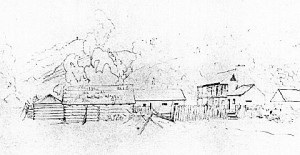 The trading post was torn down in 1868. The historical marker is located near College Heights Park off Kountze Memorial Drive in Bellevue. This site was designated in June of 1975.