Thank you to everyone who turned out for our “The Art of World War II Propaganda” program with guest speaker Ben Harvey, this past Sunday. Harvey’s interest in World War II history began at an early age. He has an interest in particularly the homefront aspect of the war and loves how “posters give you a window into that time’s thinking.” 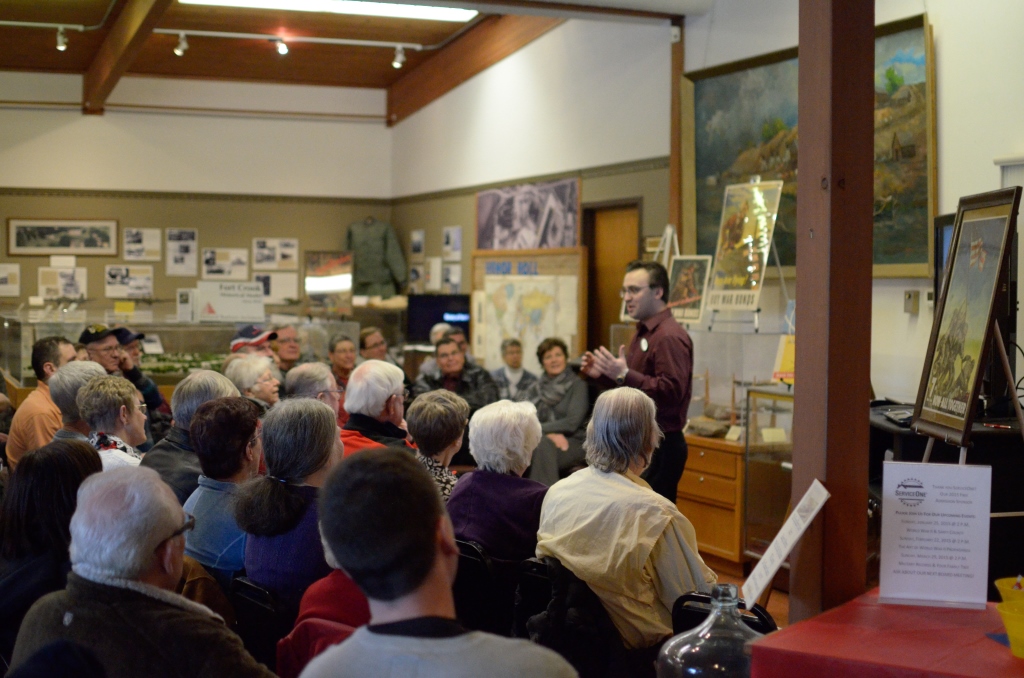 The program showed the history of the home-front during World War II through propaganda posters. These posters served an important function by drumming up support for the war effort in a variety of ways. The public was advised to stay quiet on matters relating to troop movements and ship sailings. The buying of bonds, growing of ‘Victory Gardens,’ and gathering of scrap metal were encouraged. Images of anything connected to combat, soldiers, and women doing their part to support the war effort helped instill a feeling of pride while moving the populace to act. Leaders of the Axis powers, Hitler in particular, were often ridiculed. Skunks were frequently used in reference to Hitler and you could even buy toilet paper with his face on it. 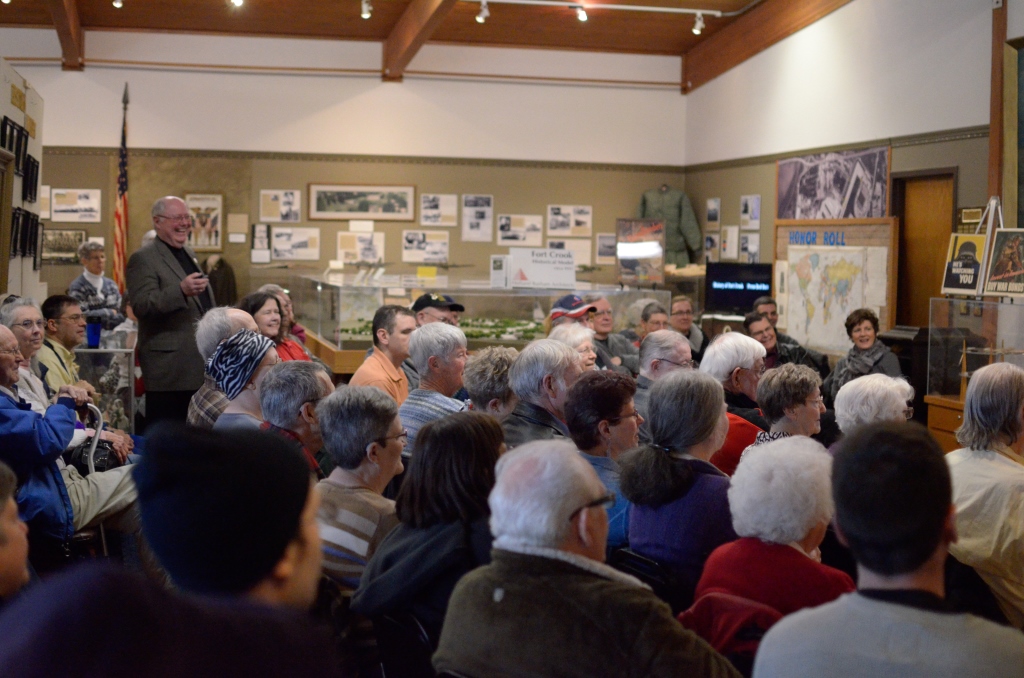 Thank you Mr. Harvey for your very engaging and entertaining presentation.

Prior to June of 1942, different branches of the government issued their own posters. The OWI, or Office of War Information, was created with the goal of “pulling it all together.” Even the movie studios, except Paramount, signed on to the OWI to help ensure the consistency of the message. You may notice a line in movie credits that states the film was approved by the OWI. 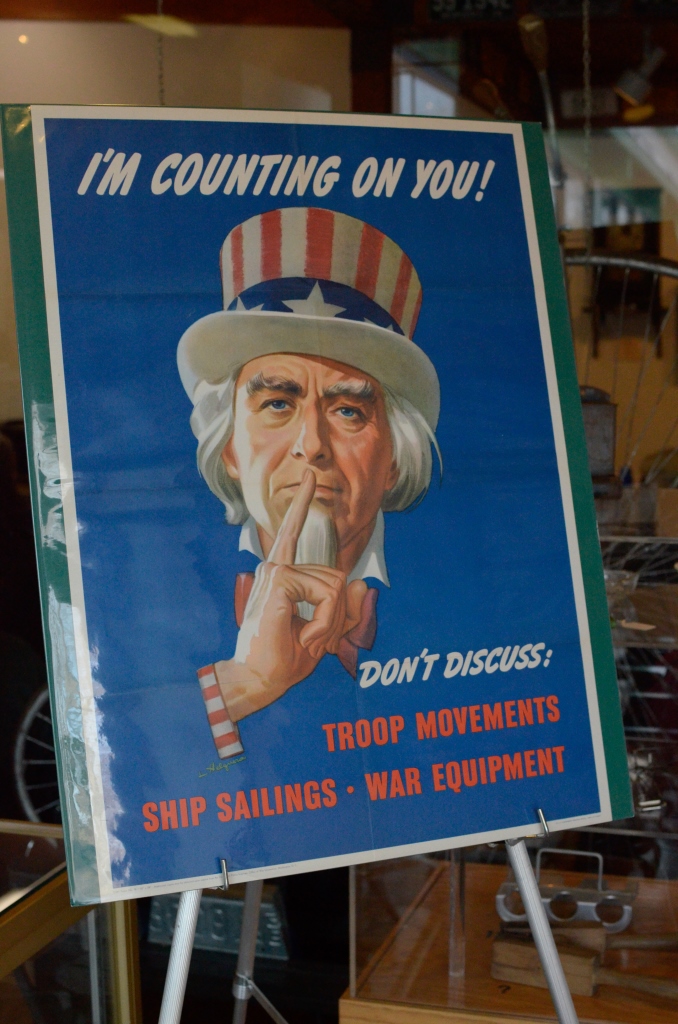 Harvey also brought along several posters from his private collection. Millions of posters were printed during the course of World War II. Each poster was usually printed in batches of 70,000 to 100,000. If you look closely at these posters, you can more than likely find the signature of the artist. Although, it was not uncommon for artists to copy one another.

If you missed this program, we hope to see you at one of our other upcoming programs. On Sunday, March 29, at 2 p.m. we will have a genealogy program- “Military Records & Your Family Tree.” Museum staff member and professional genealogist, Kassie Nelson, will share with us where to find military records and how they can help your research. Then on Sunday, April 26, at 2 p.m. the Omaha Organization for the Purpose of Storytelling with present “War Time Stories as Told by OOPS.” See you at the museum!