Welcome to the first post in a new series here on our blog. For the remainder of the year, on the first Thursday of the month, we will honor one World War II Veteran who had ties to Sarpy County.  This month, we honor Purple Heart recipient, Max Manifold.

Max Manifold was born on July 19, 1921 in Iowa to Merrill and Florence Manifold.  When he was a child, his family relocated to Papillion, Nebraska.  Max graduated Papillion High School before he attended what is now known as Peru State College, and graduated from the University of Nebraska at Omaha with his bachelor’s degree in education. During his college years, Max sang baritone with the “Peru Singers.”  Later in life, Max earned his master’s in education from Texas Wesleyan University.

In December of 1940, Max enlisted in the Army. He received his training at Infantry Officer Training School before being assigned to the 2nd Rangers Battalion as a platoon leader. Max earned three medals for his service during World War II- the Bronze Star, the Silver Star, and the Purple Heart.   On September 6, 1944 Max received a serious wound to thigh during a battle for Brest (a port city) in France. He was flown to a hospital to England for treatment. A few months later, in December of 1944, he fought in the Battle of the Bulge. He received the Silver Star for the ‘gallantry’ he displayed during this battle.

Max’s military service did not end with the end of World War II. He also served in the Korean and Vietnam Wars. During each of these wars, he once again received high honors including the Bronze Star.  Max died in November of 1995 in Texas. He is buried at the National Cemetery at Fort Sam Houston in San Antonio, Texas. 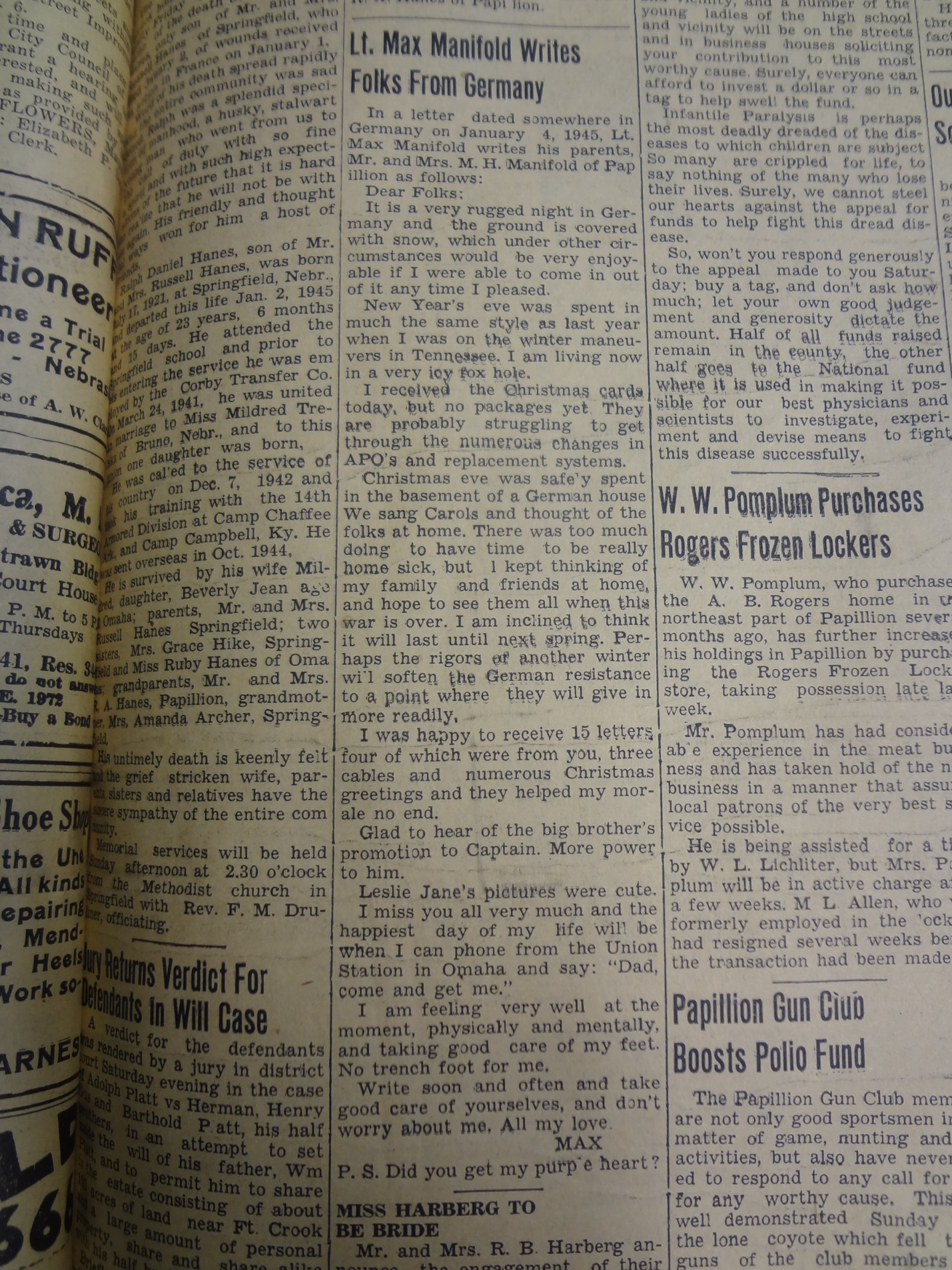 The Papillion Times printed this letter written by Max to his parents. Note how Max ends his letter.