A Note from Our Director – September 2017

August was an extremely productive month at the museum. The Sarpy Speakeasy Fundraiser Dinner was held and was a success. The goal of $6,000 was raised and this will go to help keep local history alive by supporting the museum in a variety of efforts. A big thank you to attendees, sponsors, supporters, the board of directors, volunteers, and Melissa for all their involvement. There are a great number of moving parts to make a fundraiser dinner a success and we could not have done it without you. We have not yet begun to plan next year’s fundraiser but if you would like to be involved, please let us know at the museum. 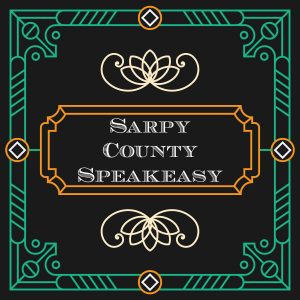 August also saw the completion of the first phase of the digitization of the historic newspapers. The following newspapers have been electronically saved:
The Gretna Breeze 1981-1930 & 1945-1948
Gretna Guide 1964-1984
Several smaller issues of short-term Gretna newspapers from the 1890s and early 1900s
Springfield Monitor 1892-1927
Bellevue Press 1945-1969 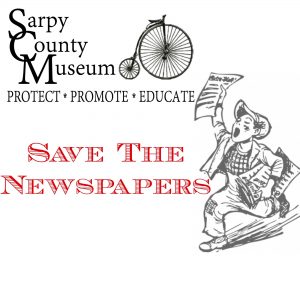 The finished product is quite impressive and we’ve already used it to search for local history happenings and family history searches. Imagine being able to search through five, ten, or twenty years of historical newspapers for your surname and coming across every time that your family name appeared in the paper. That is now possible. From a preservation stand-point, the crumbling non-microfilmed newspapers, once barely accessible to the public are now available, their contents waiting to be discovered. Thank you to the Bellevue Community Foundation, Gretna Community Foundation, the Midlands Community Foundation, and numerous individual donors that have contributed to Save the Newspapers. The next step is to continue to raise funds to digitize another batch of historic newspapers, ideally the oldest and most fragile papers in the collection related to the Papillion Times.
If you would like to set up a time to view the digitized papers, do not hesitate to let me know. It’s worth preserving our past for the future.

See you at the museum,
Ben Justman
Executive Director 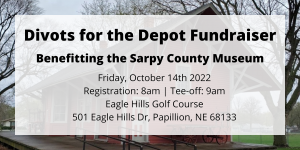