I recently did the unthinkable and took a few days off.  Being the only full time staff member, it’s not often easy for me to do.  I used the time to visit a city that respects and invests in its history and culture, Kansas City.  The trip including many things, BBQ naturally being one of them but I also made it a point to visit the National World War I Museum.  It’s a fantastic museum that I would highly recommend to anyone visiting Kansas City.  While there, I inquired in their archives about any information pertaining to Nebraska and specifically Sarpy County during the war.  A very knowledgeable volunteer told me to my surprise that their just is not a lot of information that has been archived on the conflict. Unlike more recent conflicts, such as Vietnam, there has never been a national roster of those Americans lost during World War I.  In the years after the war, some states and veterans groups compiled a very piecemeal list but beyond that, this nation does not have a definitive list to honor the dead. 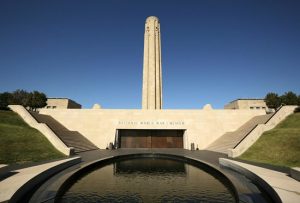 Fortunately, for Sarpy County, this is what the museum has been working on for roughly the last year.  We now have names, rank, and circumstance of death and are still working on trying to find out more about the men in uniform during World War I that were not able to resume their civilian life after the war.  We’ll be displaying this information and everything else we can during our World War I exhibit, beginning in September.  We are also still seeking any and all information and items related to the war.  A big thank you to those who have already shared what you have.  Photographs, a footlocker, and fort pennant are just a few of those items that the museum be able to add to the display to commemorate the 100th anniversary of America’s entry into the war to end all wars. 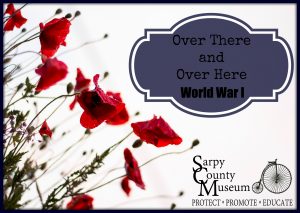 See you at the museum,
Ben Justman, Executive Director