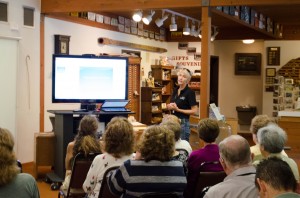 Case Number One: The murder of John H. Smith.

John H. Smith, who was 79 years old at the time, was found brutally stabbed to death in his home just outside of Springfield on September 7, 1976. The motive for the crime is unclear and while a person of interest was identified, no one was ever charged with his murder nor has the case ever been reopened.

Mr. Morley and his wife were shot on a rainy night on May 22, 1984 just outside of their home. Mrs. Morley ran to a neighbor’s home for help and survived. The case was re-opened in the mid- 1990s at the request of family but it remains unsolved.

A final case that still remains unsolved, is one that falls under multiple jurisdictions- the 1992 murder of Mary Cronin. Ralston police, Douglas County and Sarpy County all have jurisdiction over various aspects of the case. She was last seen on April 12, 1992 leaving her work and reported missing on April 30, 1992. Her car was found abandoned in Sarpy County. Nearly a year later, just her skull was found. In 2004, investigators received a new lead that led to a renewed yearlong investigation.

If anyone has any information on the above mentioned cases, please call the Sarpy County Sheriff’s Department at: 402-593-2288.

If you missed our “Cold Cases of Sarpy County” program, be sure to check out our next program “John Joubert: Sarpy County’s Serial Killer” on Wednesday, October 8, 2014 at 6 p.m.  Visit our events page for more details about this program and other upcoming events.