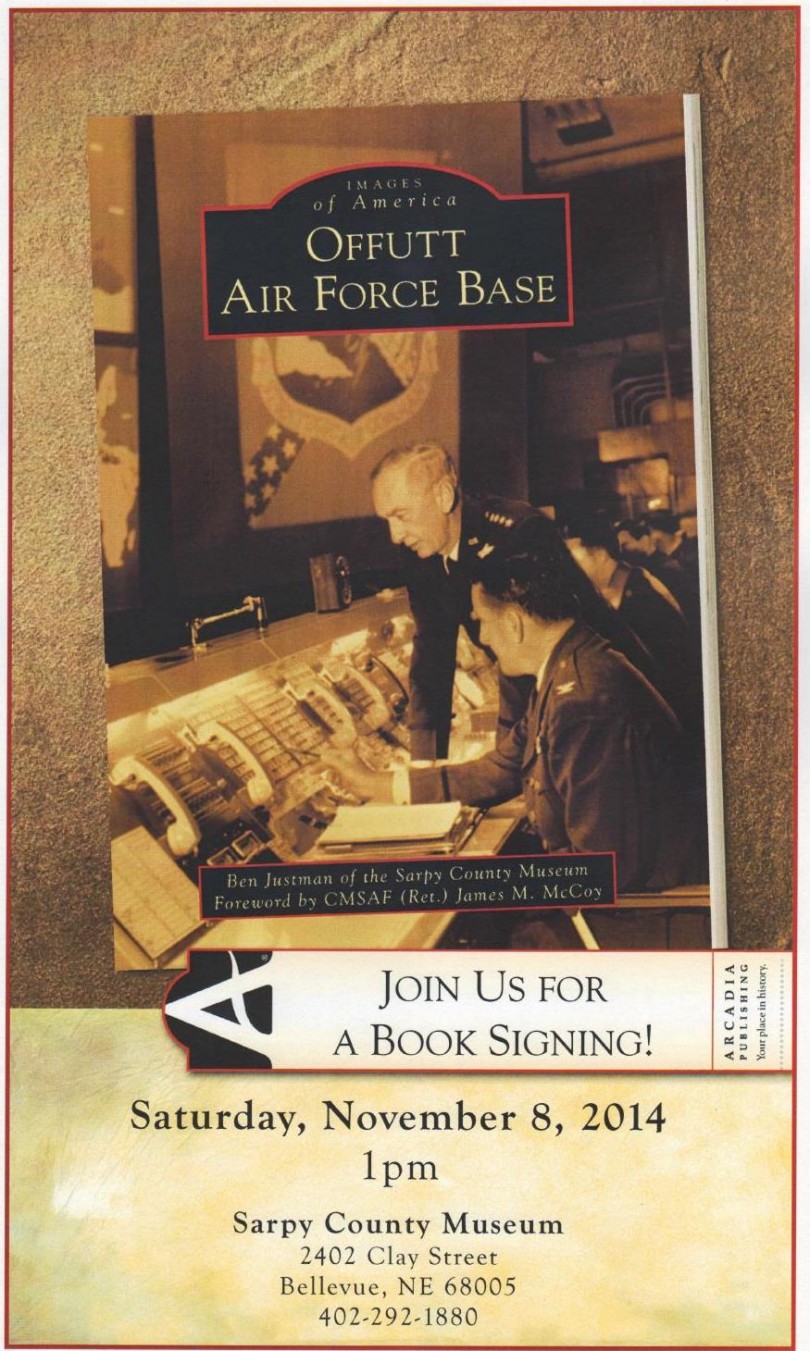 Offutt Air Force by Sarpy County Museum Director, Ben Justman, with foreword written by CMSAF (Ret.) James M. McCoy, is a newly released book published by Arcadia Publishing as a part of their Images of America series. The history of Offutt Air Force Base is depicted through striking images from the time of the inception of Fort Crook in 1887, through the rapid growth of the base during World War II, to its present day role as home to the U.S. Strategic Command.

This is the second book in the Images of America by Ben Justman. Bellevue, released in 2011, depicted the rich, expansive, and enduring history of Nebraska’s oldest continuously inhabited settlement.  Justman holds a Masters of Arts in History from Western Illinois University as well as Bachelors in History from Central College and received his Museum Studies Certification from Northwestern University’s School of Professional Studies.  Prior to becoming a Nebraskan, he was previously involved with both small and large museums, including the Chicago Museum of Science and Industry and the Imperial War Museum in London.

Justman will be signing copies of his new book at the Sarpy County Museum at 2402 Clay Street in Bellevue, Nebraska on Saturday, November 8th from 1 p.m. to 3 p.m. Both of his books will be available for purchase at this event for $21.99 plus tax each.. For more information or to interview Ben Justman, email museum@sarpymuseum.org or call (402) 292-1880.